Note: this is a blog post for guitarists and musicians.

It's not uncommon for aspiring guitarists to begin the journey of lead and improv guitar using this scale:

But it becomes obvious early on that these patterns cannot be used for playing more fluid, expressive lines. What's the solution? Three-note-per-string patterns.

Okay, now the lines are more fluent but playing key changes hasn't gotten any easier. It requires shifting patterns up and down the neck which breaks line continuity, musical thinking, and just makes the guitar a challenging instrument to play anything containing more complex harmony than a major or minor key.

Some advanced guitarists also experiment with four-note-per-string scales and patterns.

But there's a problem: four-note-per-string scales go up/down in fourths and guitars are also tuned in fourths (mostly). That requires inevitable shifting in both X and Y axis of the fretboard. It is pretty challenging to play guitar this way. It is difficult to build the muscle memory in a two-dimensional plane when there are no anchors (i.e. physical traits) to reliably help the player find their way on the fretboard without continuous eye-hand coordination.

Even though playing diagonally gives you the best range, the best intonation, and often it is how people appear to play, most have developed and internalized a framework of positional and linear anchors to get them there.

But there's also another common issue with all of the above patterns. They tend to focus on the lower strings which, in guitar, fall a whole octave below middle C and not suitable for melodic, fluent, or expressive playing.

One way to address this issue is to break it down into the smallest pieces and build it back up from there. Let's start by finding the smallest fretboard block that could allow playing in any key and require minimal movement and shifting.

I propose the range from C5-F5, (extended with B4 or F#5 as needed) on the E string for several reasons:

Great. But how can one play in this range? Here come tetrachords - four note patterns that can help. Let's focus on the major scales for simplicity. Four tetrachords can cover all keys:

For example, the four notes: C, D, E, F form a W-W-H pattern and they cover different parts of each major scale for C Major and F Major.

Here are four other notes - C, D, Eb, F which form the W-H-W tetrachord which covers parts of the Bb and Eb Major scales.

I hope you get the point. If we go through the four tetrachord patterns: WWH, WHW, HWW, WWW, we would be covering major scales in the Circle of Fourths - all twelve keys. Here is an illustration.

Here's a rudimentary example of improvising within this very limited range through a Circle of Fourths modulation.

I hope by now it has become apparent that, even with this tiny range, it is possible to come up with contrived but yet fluent and expressive ideas that require little shifting and only a few patterns to master. This approach can help guitarists focus on music not technique, break out of the complex box-pattern thinking, and play fluently across complex harmonic changes.

Note: even though tetrachords contain four notes, this approach does not prescribe four-finger-playing as a necessity for these patterns. It may be more comfortable for some to instead use whichever fingers are dominant in their style. My own hands are just average and I have to shift the left hand often to hit certain notes. But I believe that guitarists who get comfortable playing at least up to a perfect fourth on the higher strings can more quickly open up their playing range across the guitar neck.

As a next step, the pattern can be applied on the next string, B, within the same fret range. One will notice right away that the same tetrachord patterns will apply even though they will be shifted by a fourth. This expansion should feel natural quickly.

The third step is the most critical: Extend the tetrachord patterns across all the first two strings. Two strings are enough to play just about any melodic phrase. Two strings can also introduce contrapuntal elements much more gently and consistently. I have found this step to be an important period that requires systematic practice before scaling to other strings.

At this point in life, music is a hobby for me. I rarely have the time to practice seriously so I do the best I can to get around it by gamifying practice sessions whenever possible by using coding to hack together various automations.

Here's a python script (requires MacOs) that uses synthesized speech to call out random keys alongside a metronome click. The goals are

And finally, I recorded a quick freestyle improv that uses these tetrachord patterns, particularly focused on the higher strings.

I hope this was helpful in some way and I look forward to your feedback! 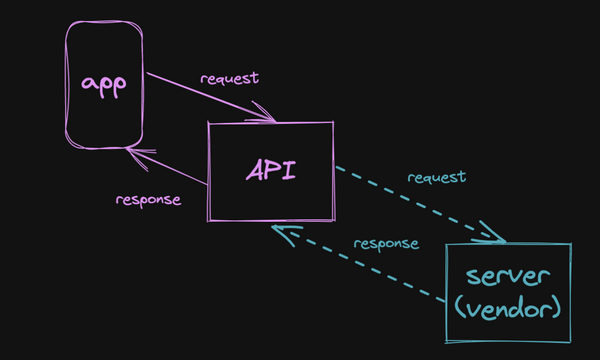 Converting a regular six string guitar into a hybrid, seven-string.